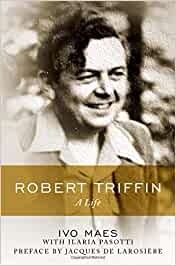 Presentation of the book at the European Parliament - Nov.30, 2021 - See Programme here

What is this book about?
This latest EPRS Book Talk looks at the life and work of Robert Triffin, the Belgian-American economist who played a central role in debates on European and international monetary policy from the second world war until his death in 1993. Triffin worked at the US Federal Reserve, the IMF and the OEEC (now OECD), taught at Yale University, helped to found the European Payments Union (EPU) in the 1940s, advised John Monnet's Action Committee in the 1950s, predicted the collapse of the Bretton Woods system in the 1960s and 1970s - because the absence of a supranational authority meant that national and international monetary policies would become increasingly inconsistent and the 'gold standard' unsustainable - and was one of the first serious advocates of European monetary integration. He proposed the creation of a European Reserve Fund to pool national reserves and a new European unit of account (to be called the 'Europa') which could be used as a parallel currency and potentially develop as a single currency. As such, he is one of the forgotten architects of the euro.
Ivo Maes and Ilaria Pasotti, co-authors of the recent biography, 'Robert Triffin: A Life' (OUP, 2021), will talk about how Robert Triffin's thinking and proposals helped shape both the process of post-war European integration and the nature of today's European Union. They will be joined by three people who knew Triffin personally - Jacques de Larosière, former Governor of the Banque de France and Managing Director of the IMF; Bernard Snoy, former Director of the EBRD and World Bank; and Professor Susan Howson, Emeritus Professor of Economics at the University of Toronto.

E-book available online through the EP Library
If you are connected to the Parliament's network through your hybrid computer or by VDI, you can access these books in e-book form through the EP Library, which is run by EPRS, by clicking on the following links: Robert Triffin: A Life. If you have difficulty in accessing the e-books, please contact the Library at This email address is being protected from spambots. You need JavaScript enabled to view it..

Our thanks to Fondazione Collegio Carlo Alberto